If there is this one spot in the whole Estonia that always gets us excited, it is the Villa Mere in the middle of the Matsalu National Park. To be honest we have been really waiting for December, just to have this winter getaway to the beautiful Mere villa again.

We were extremely lucky in July, when during our first stay in Villa Mere we had the best summer weather with +31 degrees, so we spent most of our time in the scenic pond that is right in front of the Villa Mere terrace. But this time we were lucky again - we had the most beautiful winter wonderland waiting. The snowy fields, the soothing fire crackling in the chimney, the comforting hot tub and the blue sea at the distance. What more could you want in the middle of the Estonian winter? :) 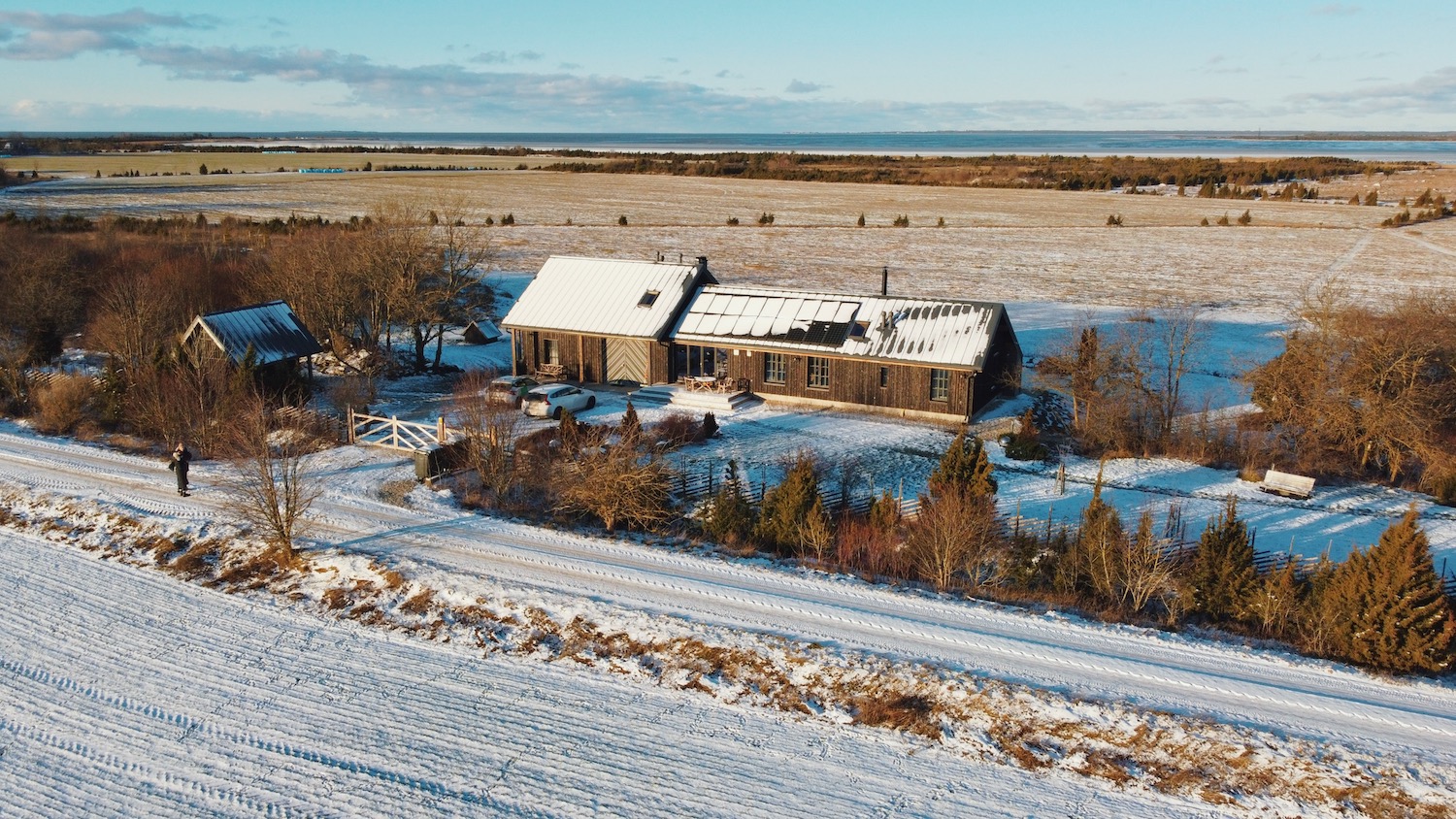 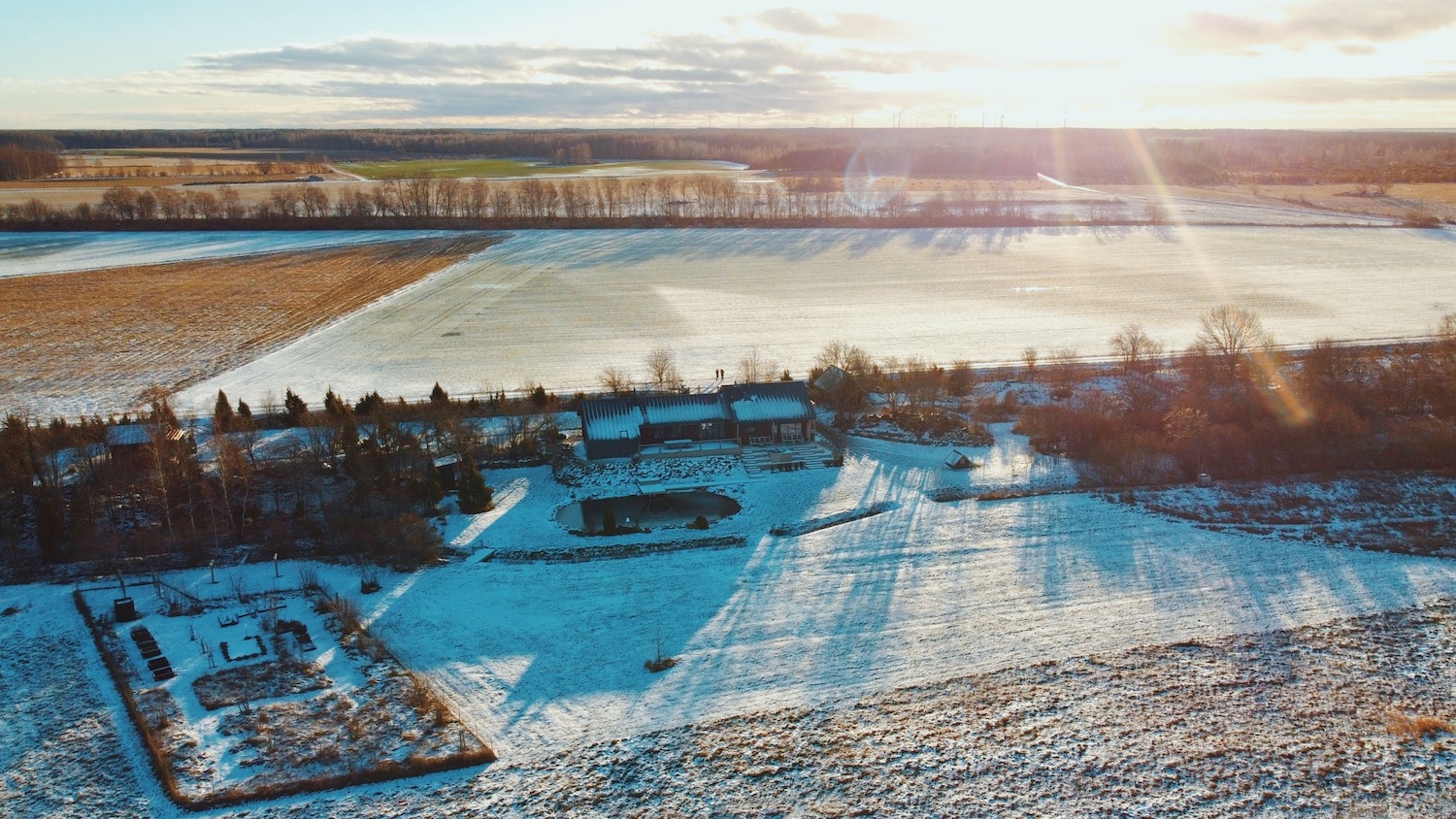 This time we arrived to Villa Mere right before the dark and similarly to the previous time we both felt at home immediately. I was actually impressed how Villa Mere manages to be even more attractive during the winter - so beautiful views and such a cozy interior. I would like to note how the house has a really comfortable layout. You will feel comfy and safe at all times, even though there are a lot of big windows on both sides of the house. And from those windows you will catch the scenic views to the beautiful snowy fields of Matsalu. 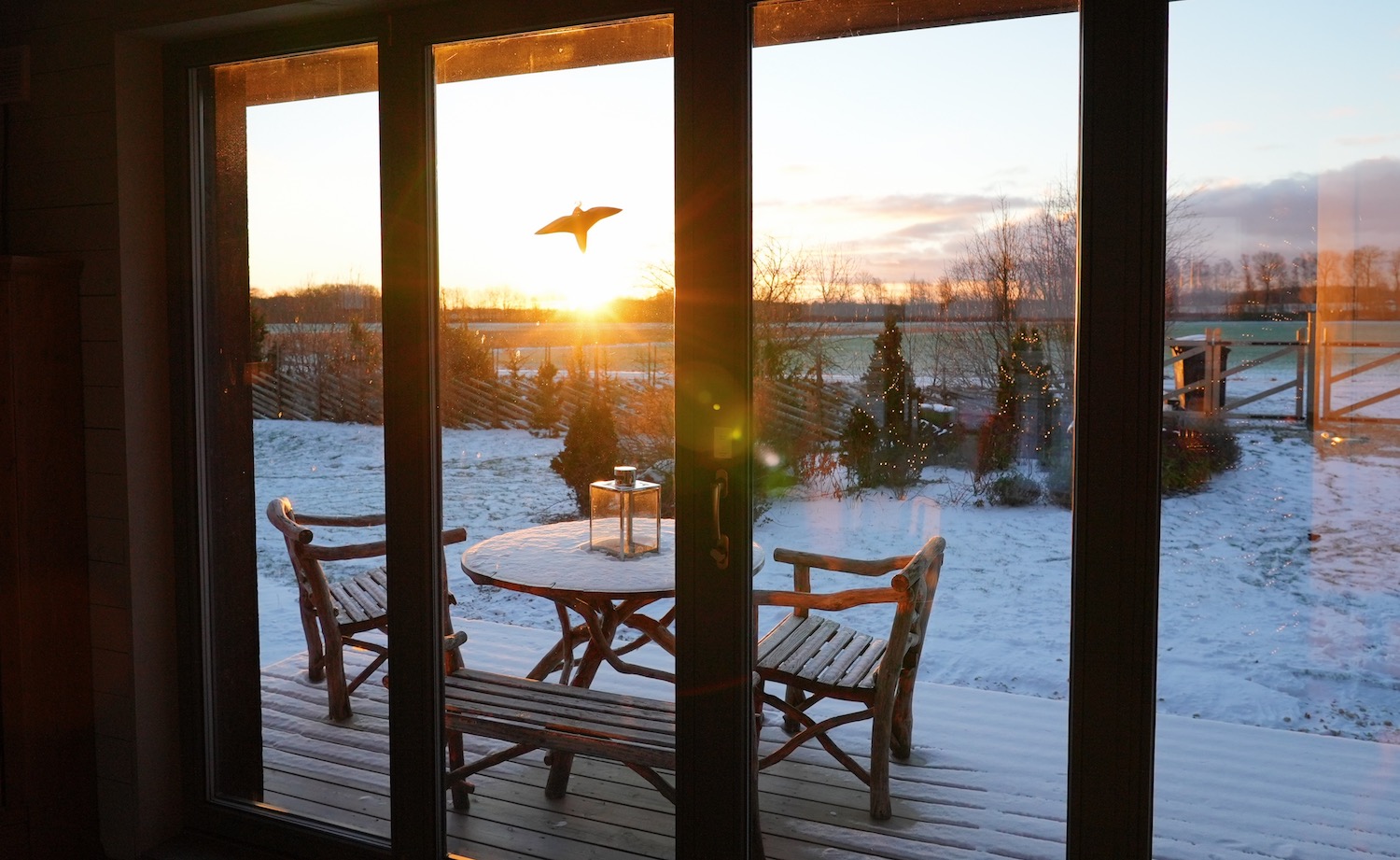 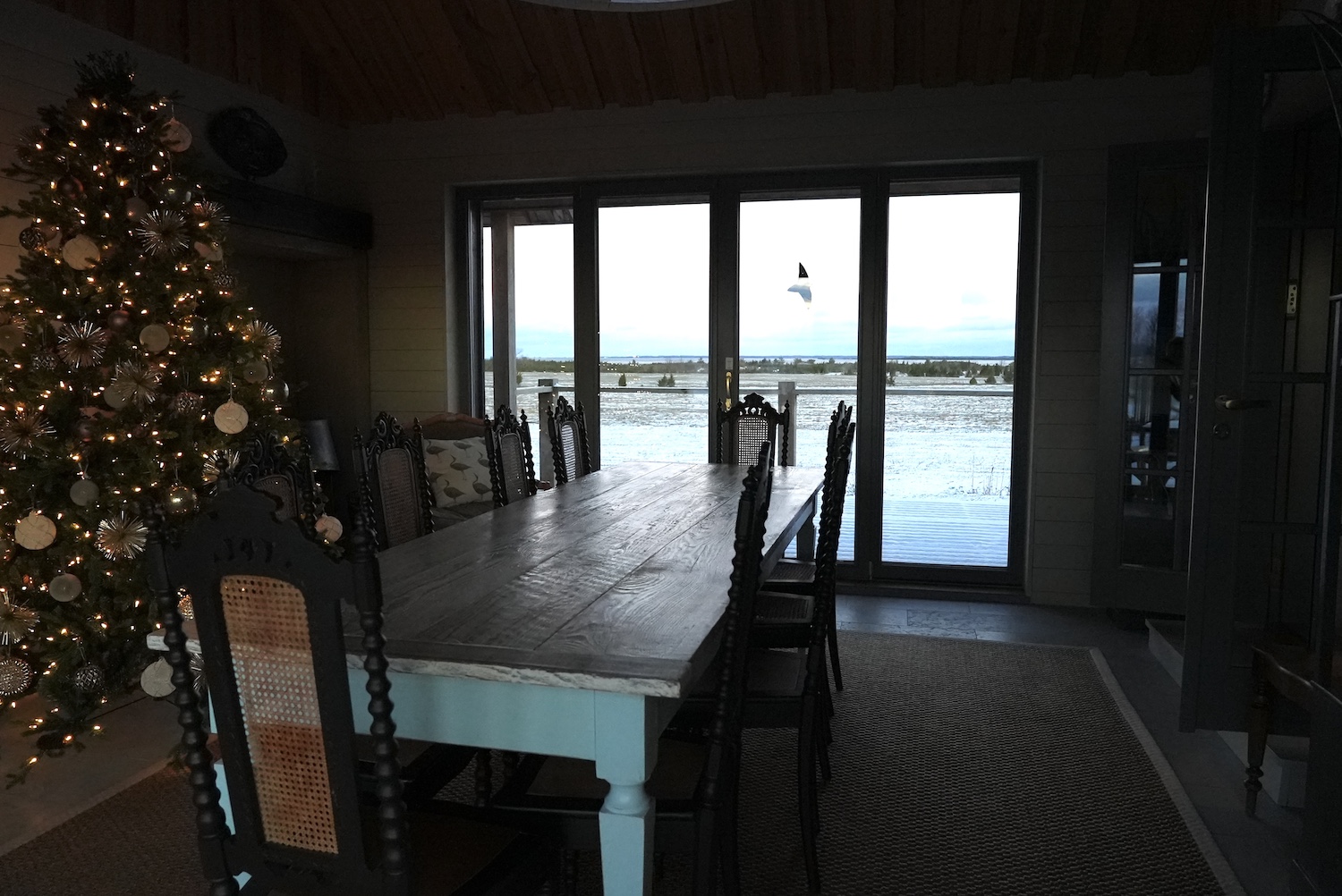 The dining room was our favourite spot of the house. Ben was reading in the corner, Jim and Sandra were working remotely behind the dining table and I and my camera were sitting under the window in the hopes of seeing some animals. We were really hoping to again see the foxes that we had met in July, but sadly no such luck this time. I guess they had some importand fox business elsewhere. 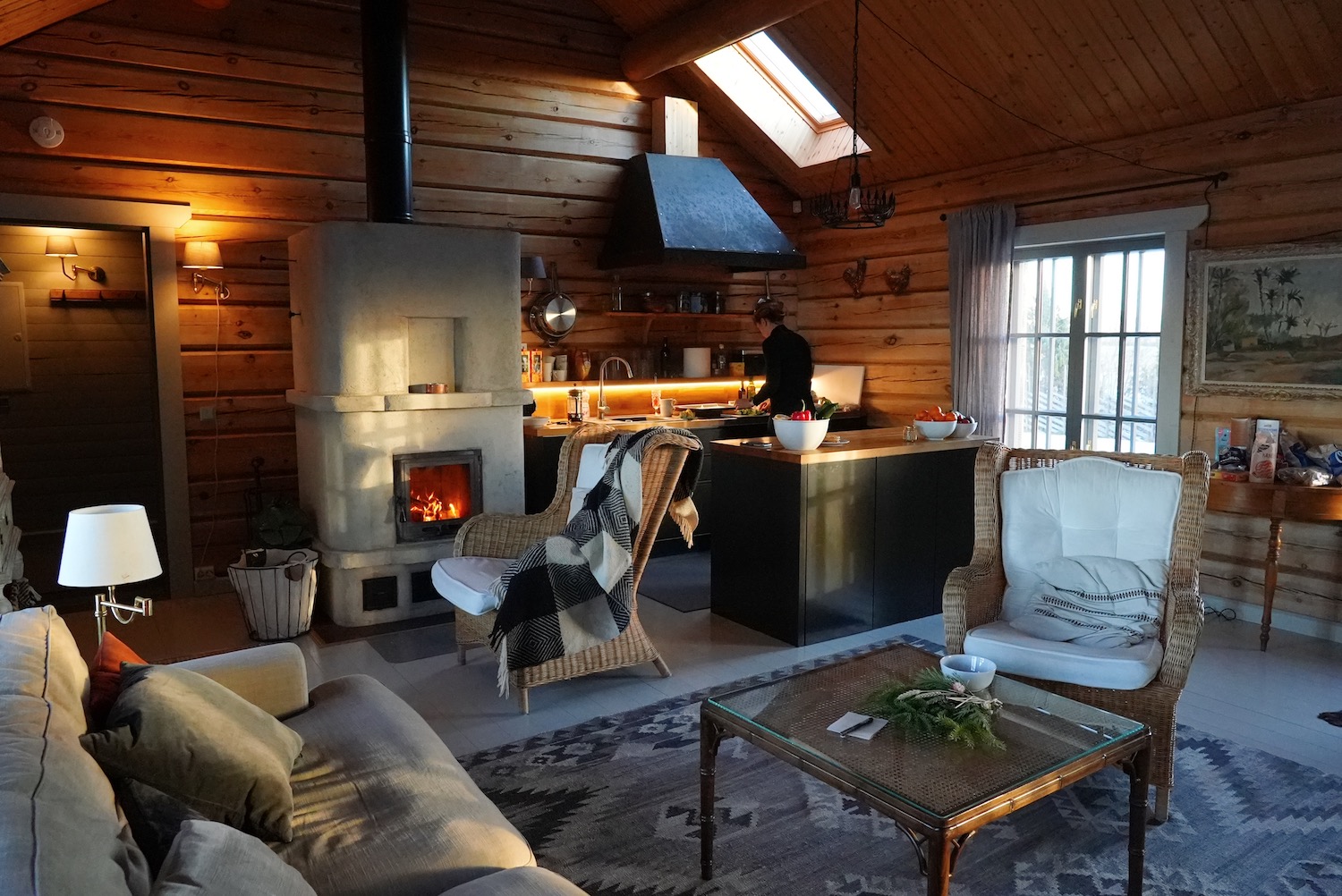 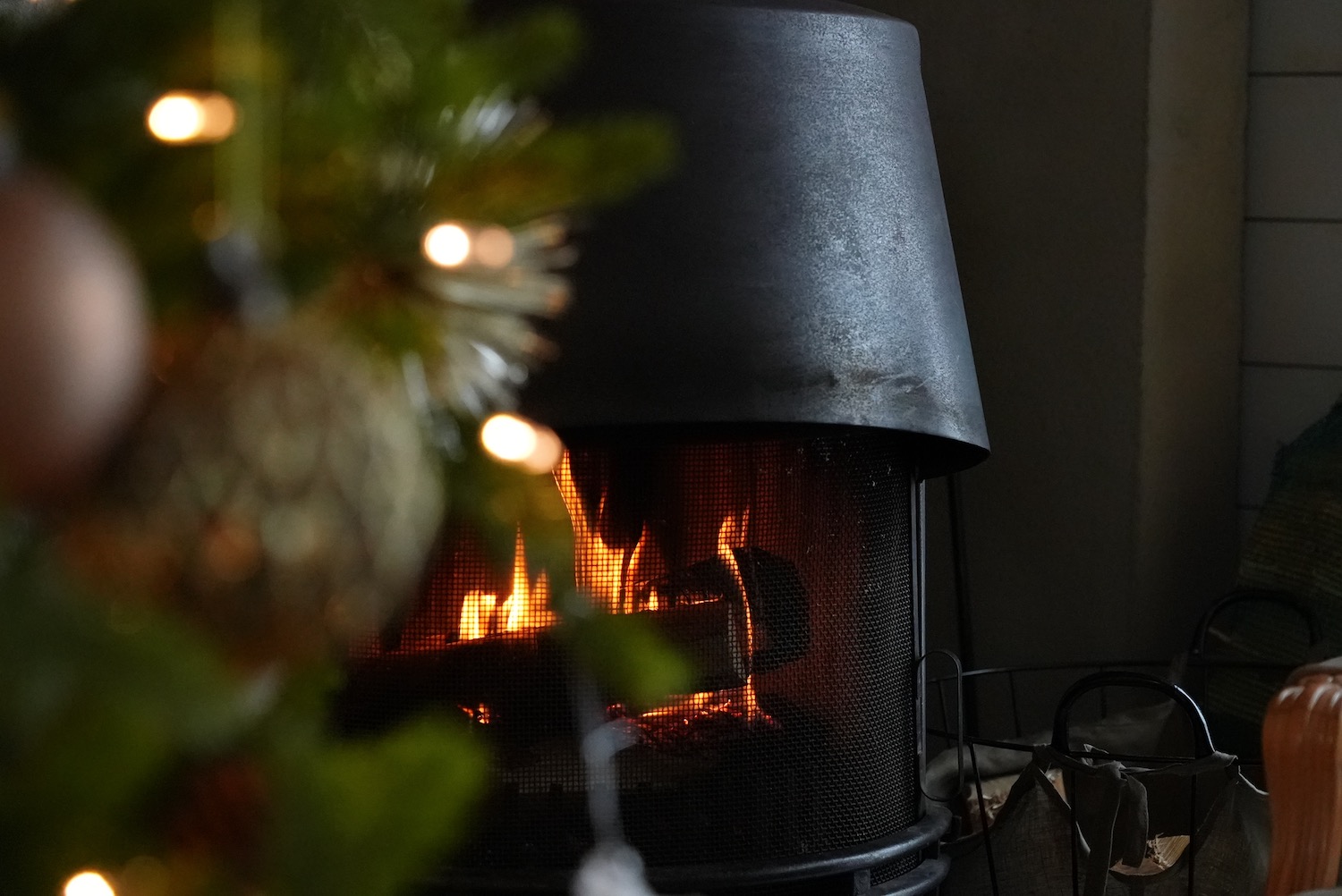 However we did get an early morning visit from one elk and I also found some rabbit prints around the house. By the way, when there is no snow, you can probably meet a cattle of fluffy cows by the seaside. The owners refer to them as cute lawn mowers :) 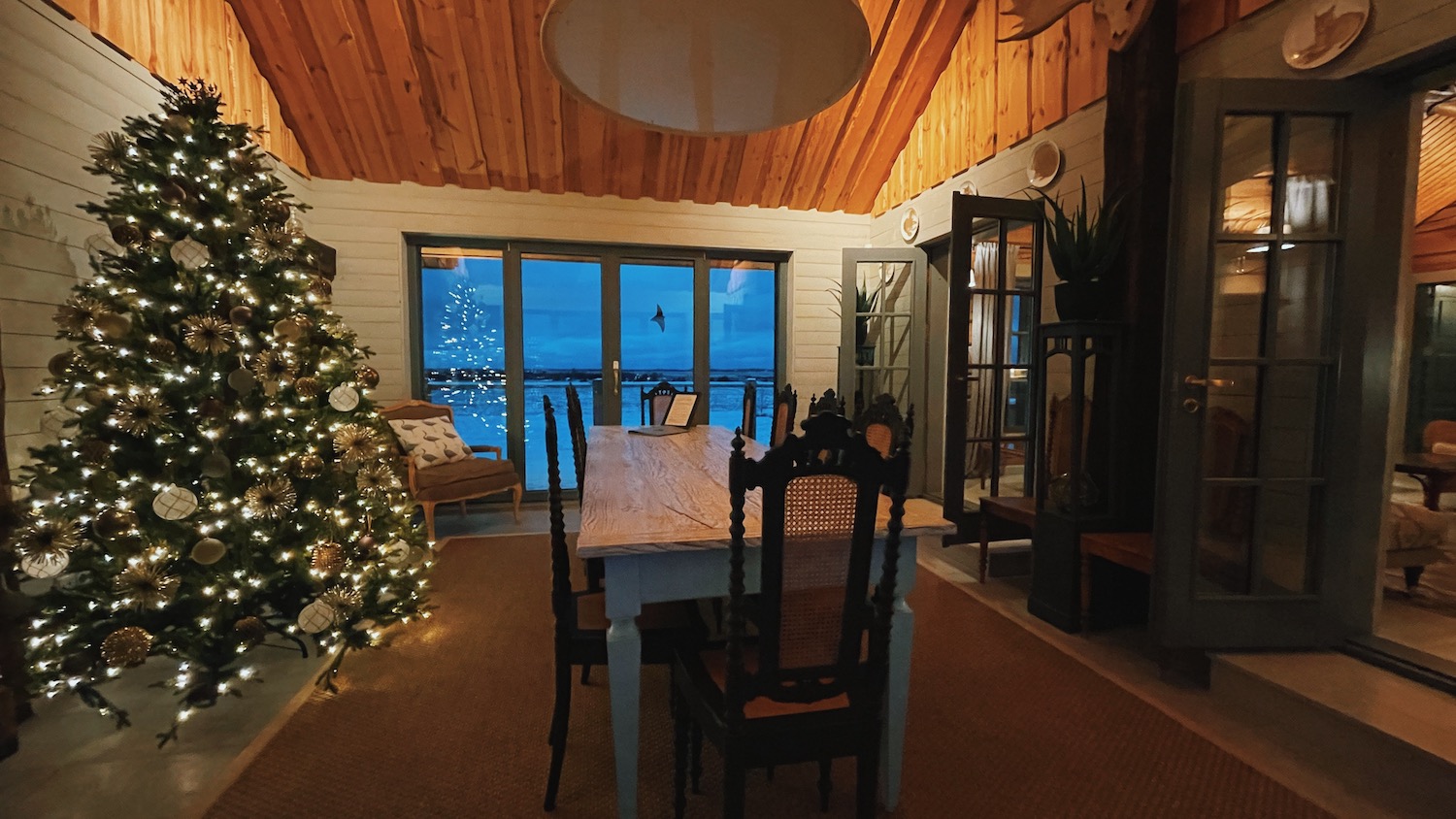 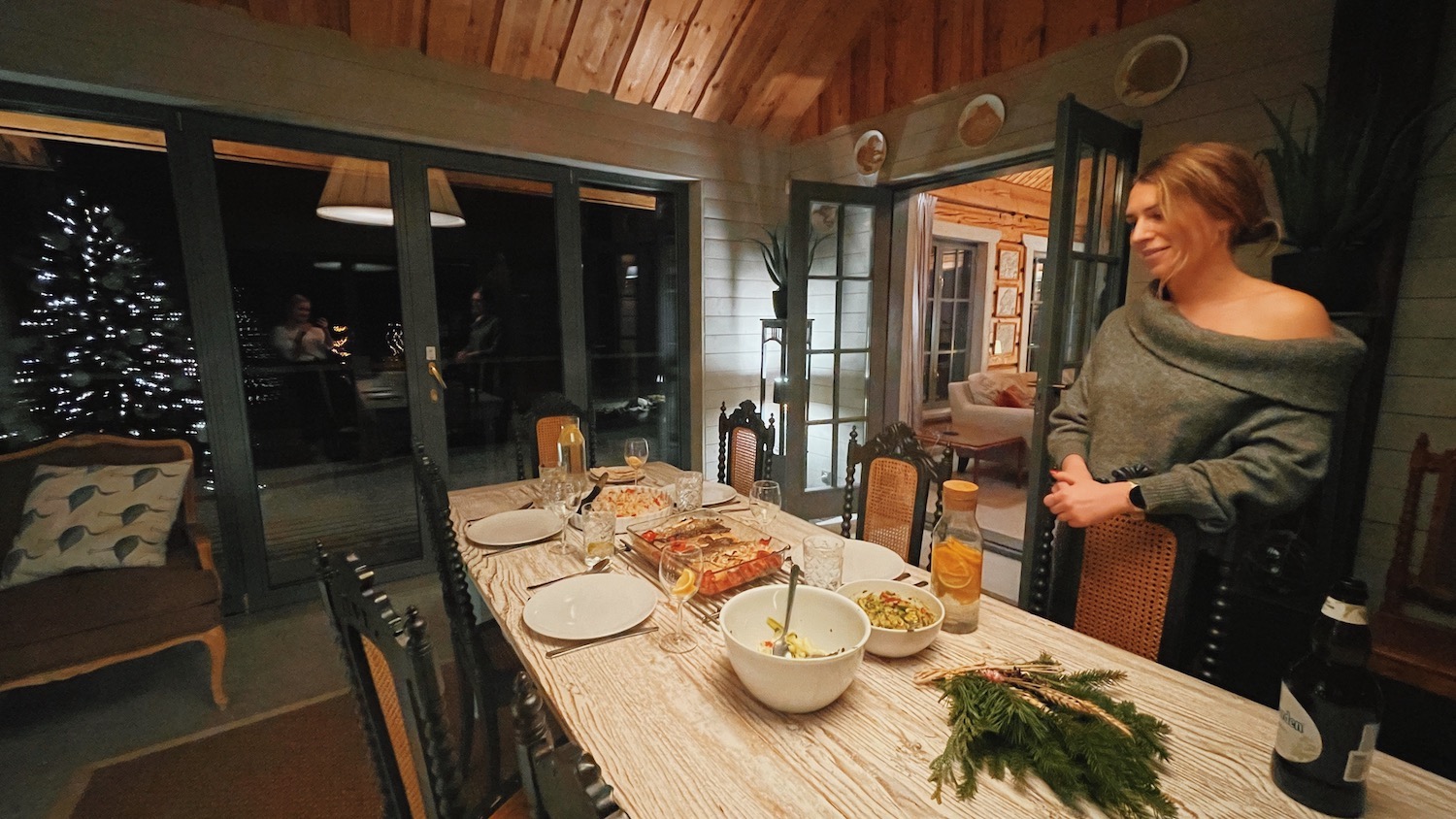 Sandra and Jim were kind enough to cook us a really nice salmon meal according to Jamie Oliver's recipe. We also decided to make a list of forbidden topics to ensure a really nice and positive time throughout our stay. 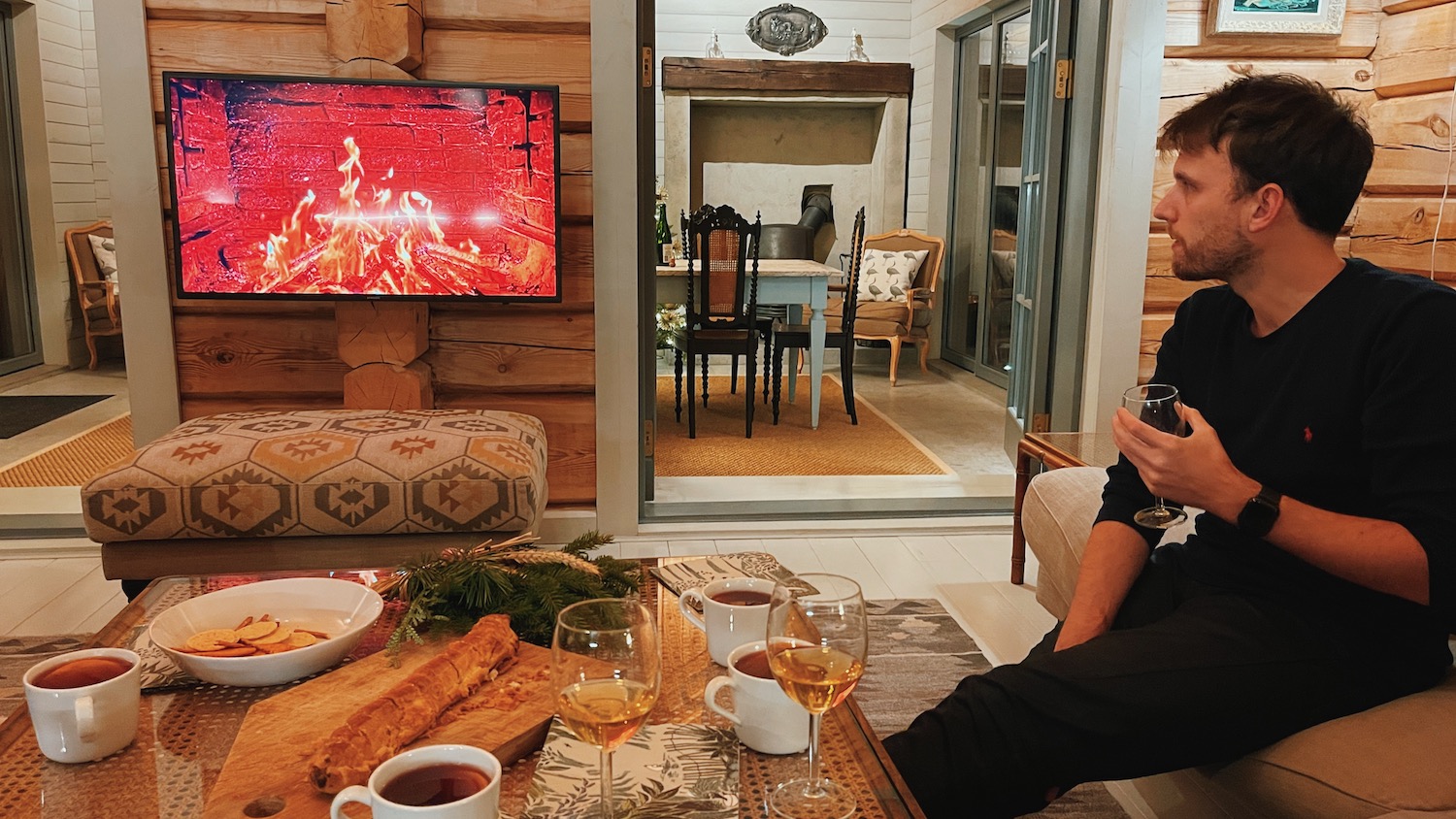 I would actually recommend this to everyone that are preparing for a nice Christmas dinner this year. It's such a lovely and peaceful time and any discussions about politics, religion, vaccine, work, cancel-culture or whatever other triggering topics are just out of place. And yes, even when everyone has the same feelings about these topics :) 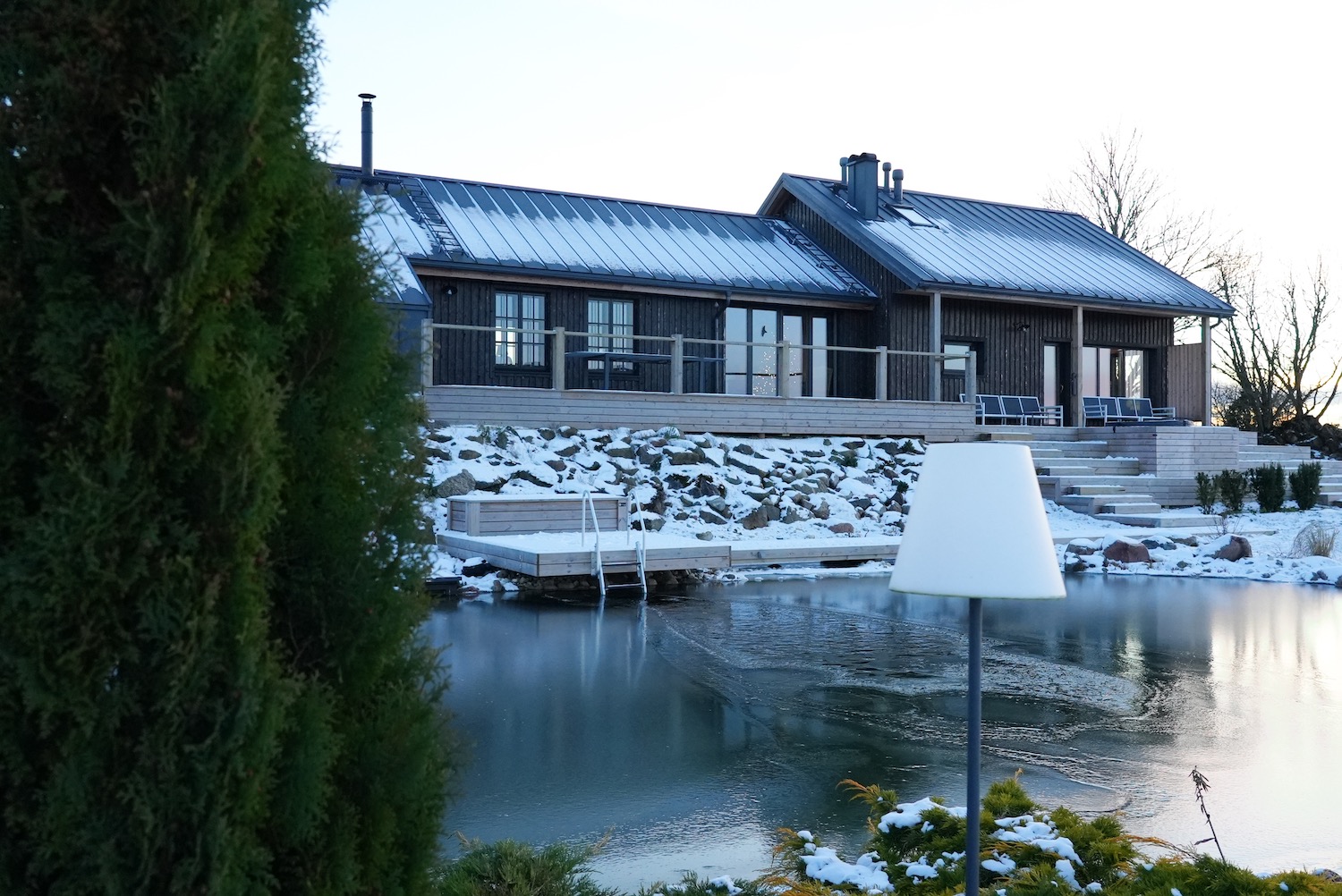 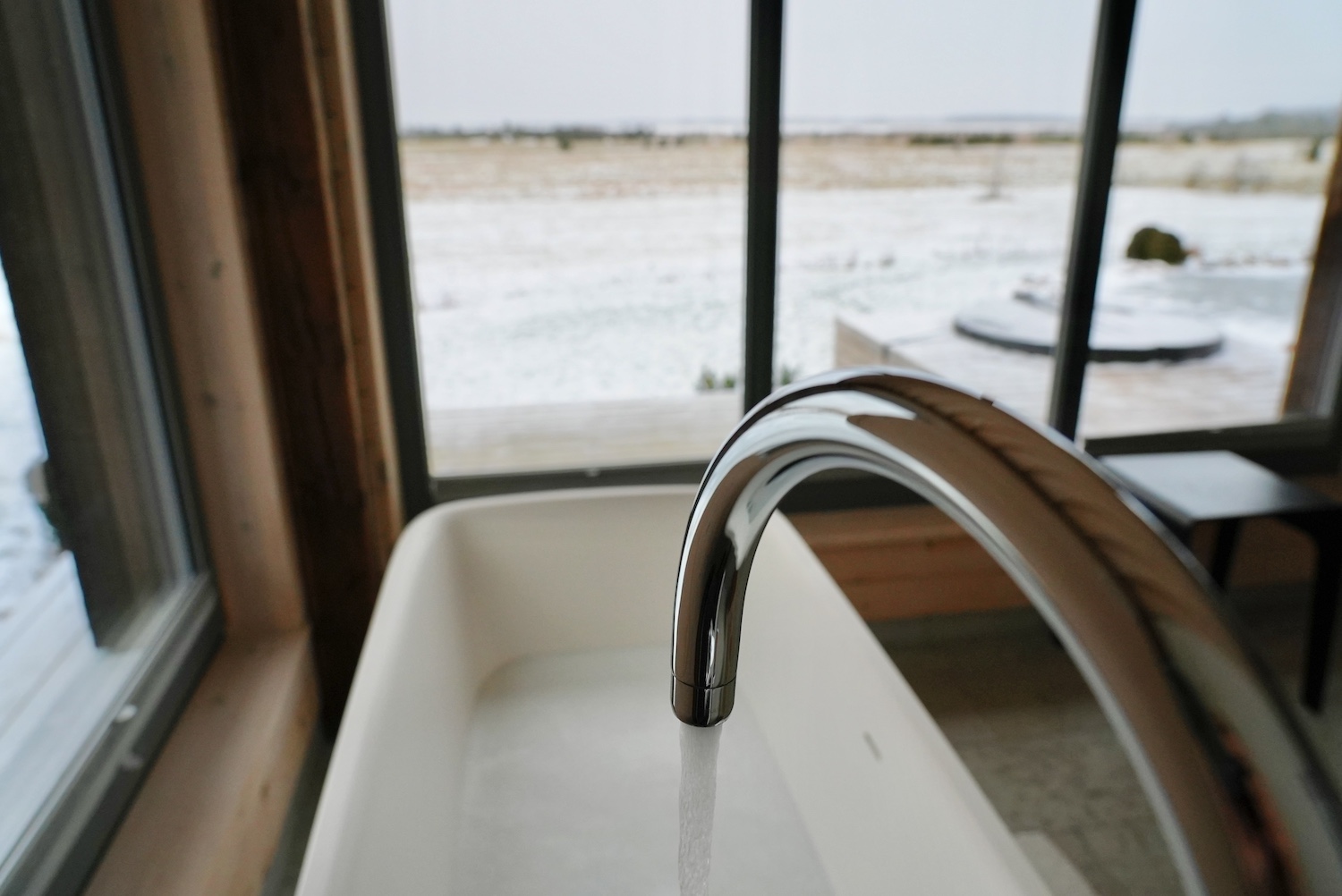 On the third day I tried out the bath tub in Villa Mere . I think it might be safe to say it's the bath tub with the best view in Estonia :D If you are planning to fill the tub up, do so slowly so the water has enough time to warm up in the tank. You can find many tips like this in a binder when checking in - we would really recommend going through it upon your arrival, just in case you might have any questions. 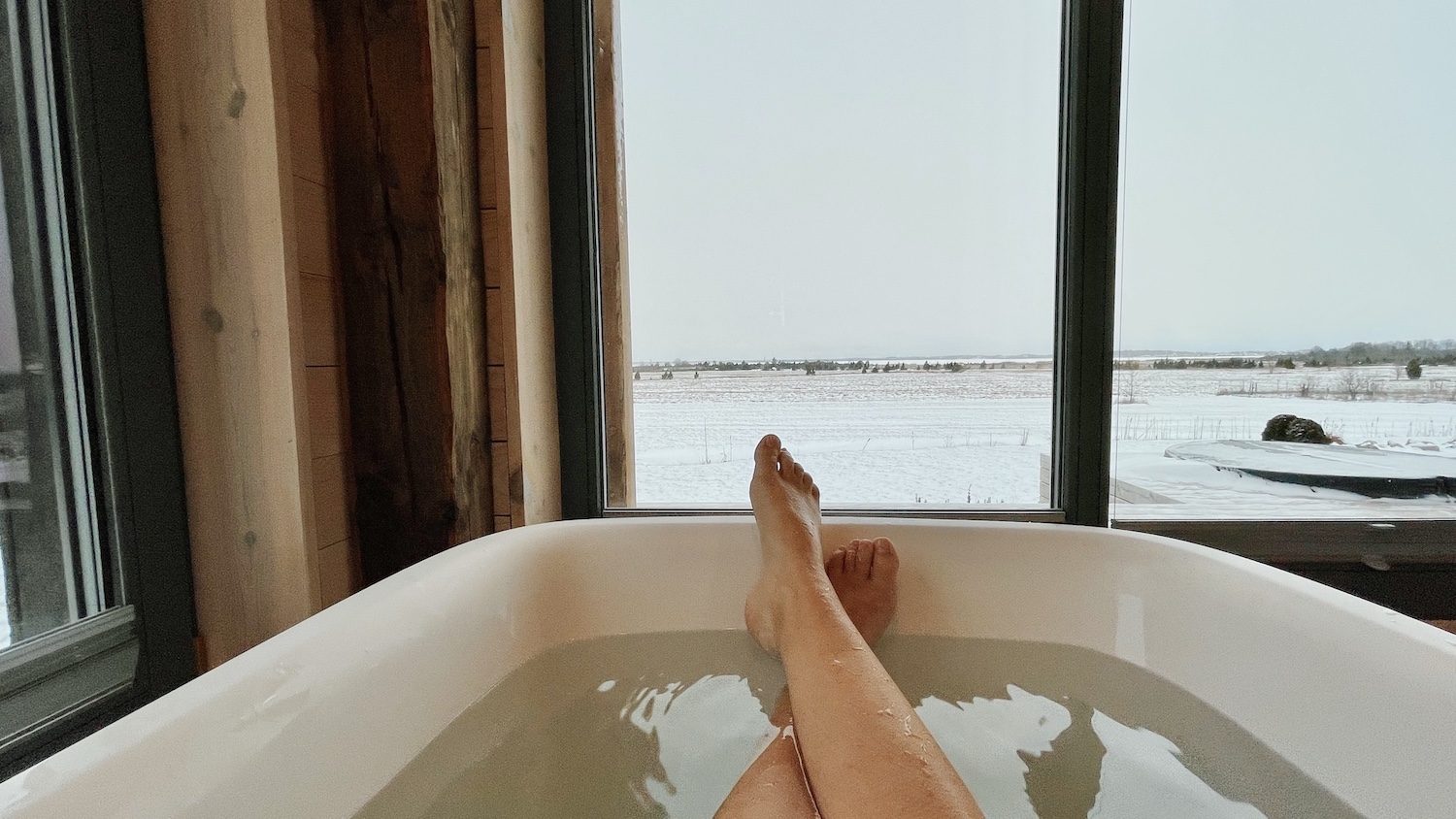 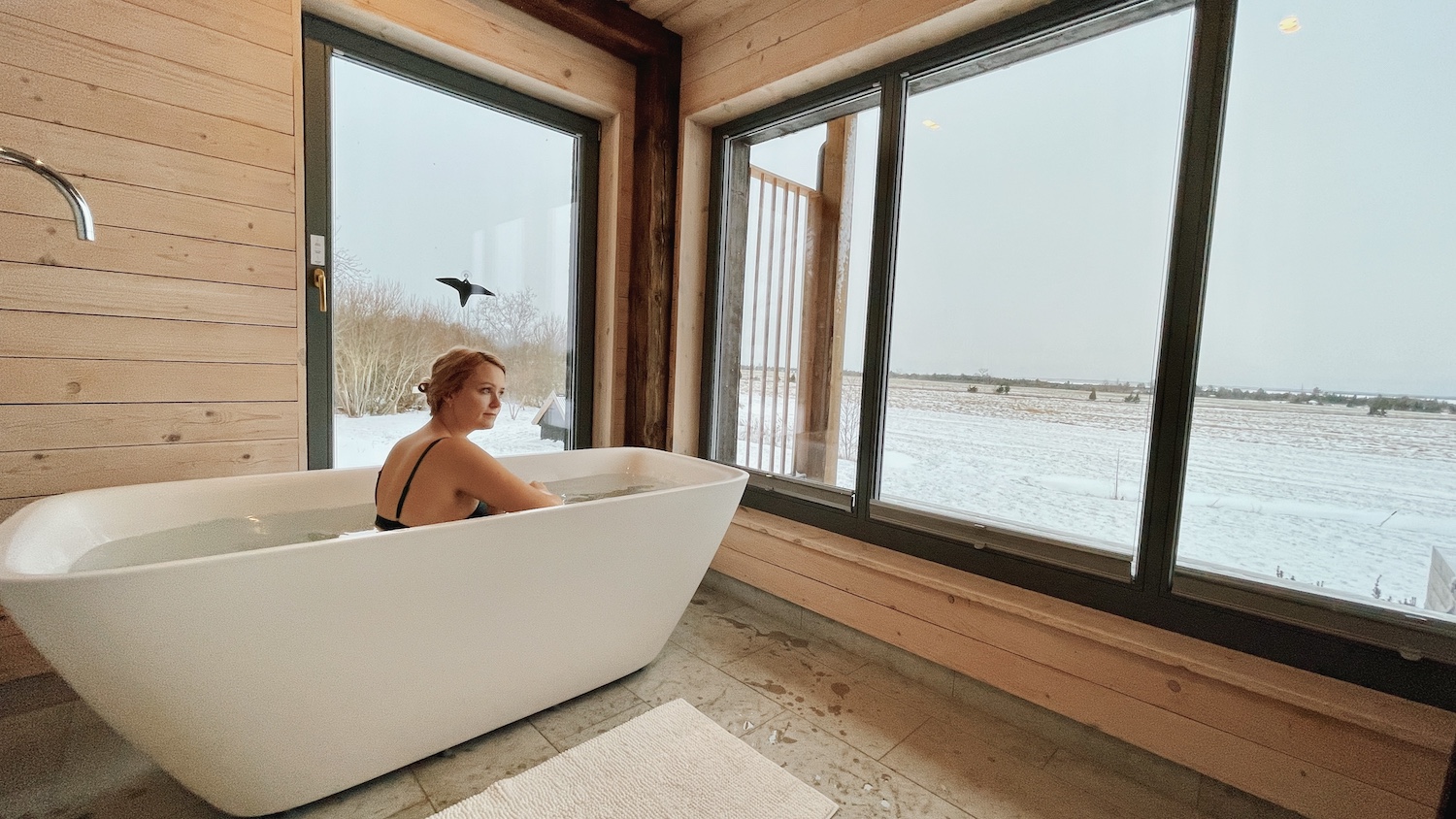 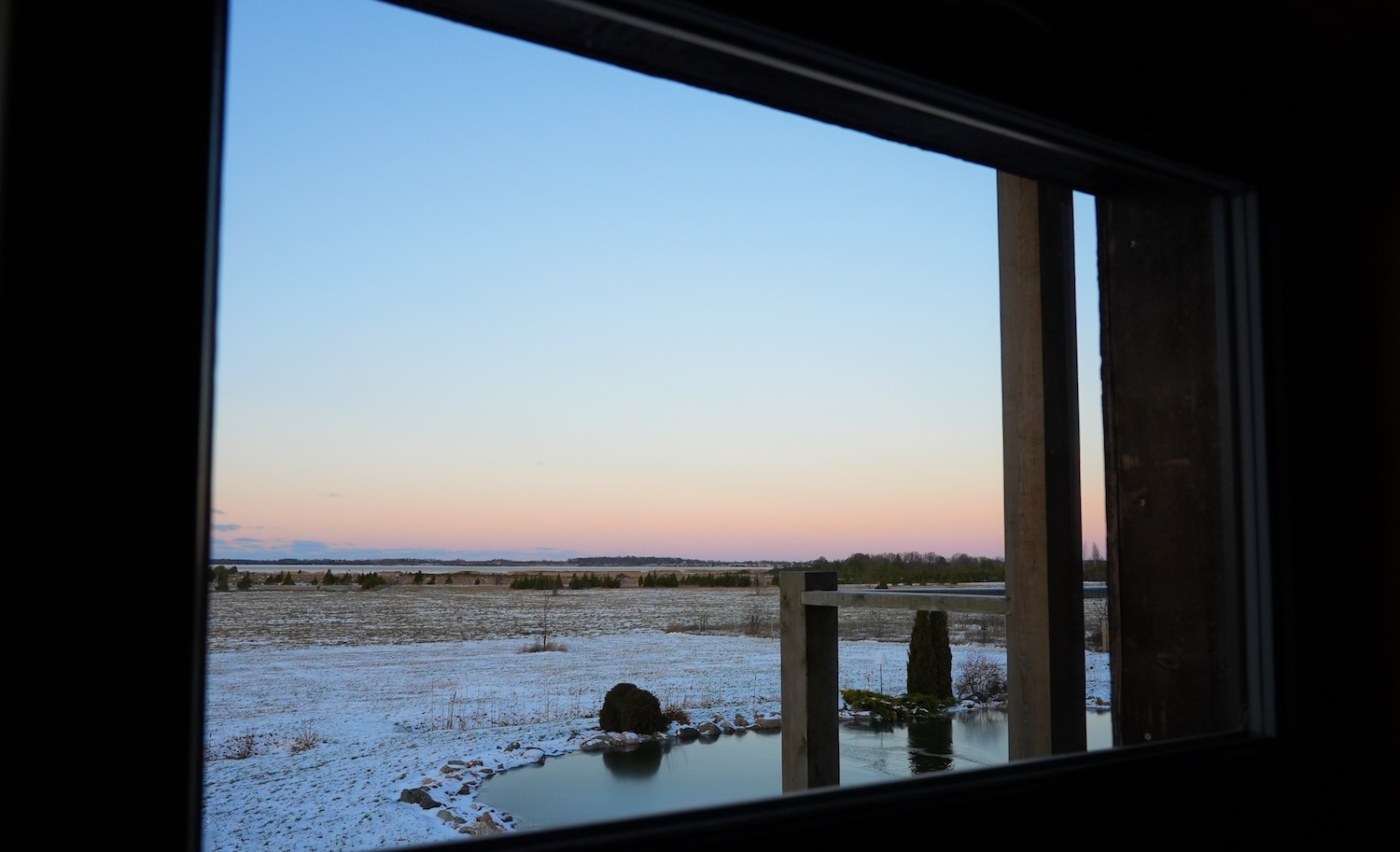 Afterwards we heated up the sauna and were waiting if Sandra will go through with the ice bath in the frozen pond (She did) The sauna itself is really spacious and has a window with a view that looks like a painting. 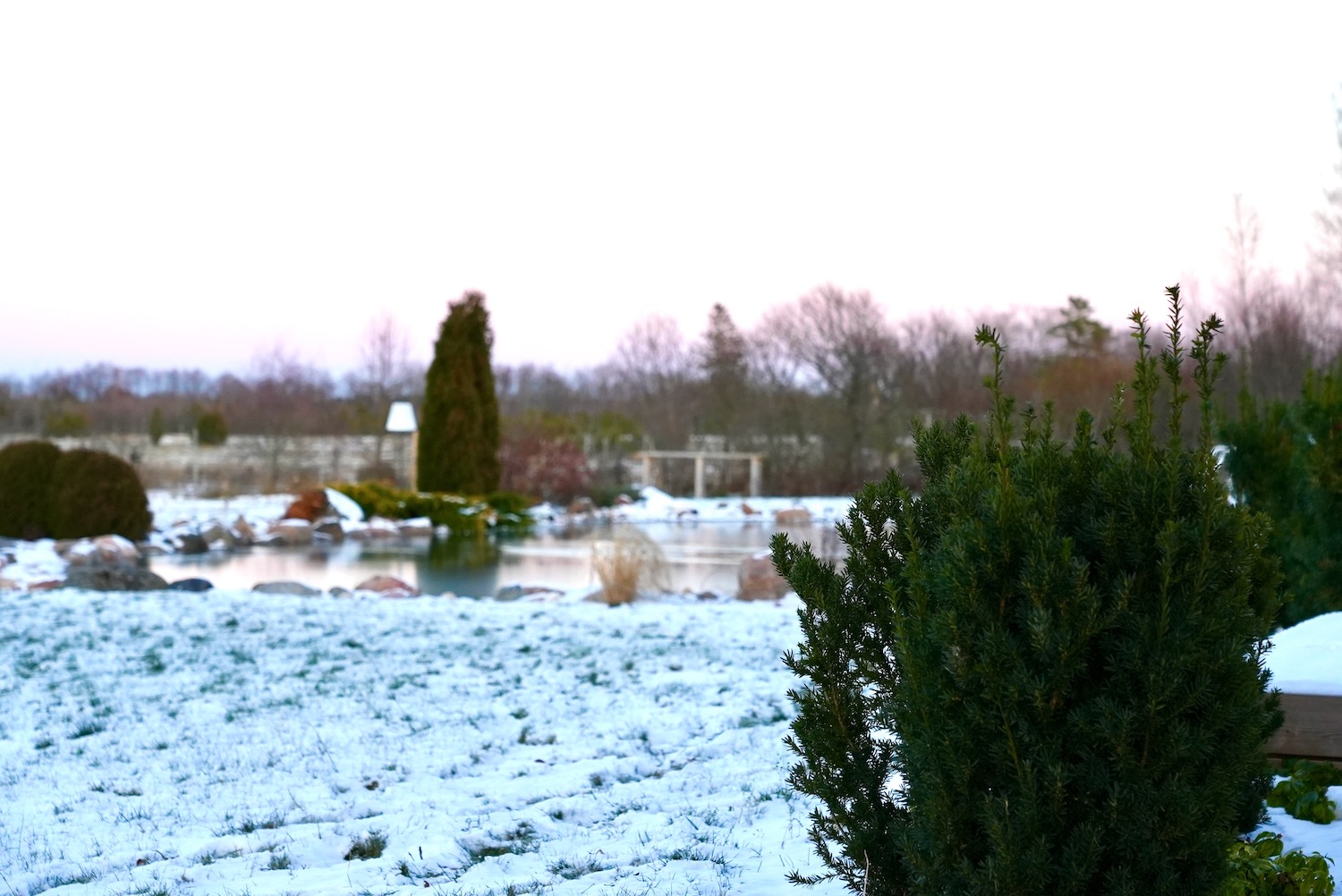 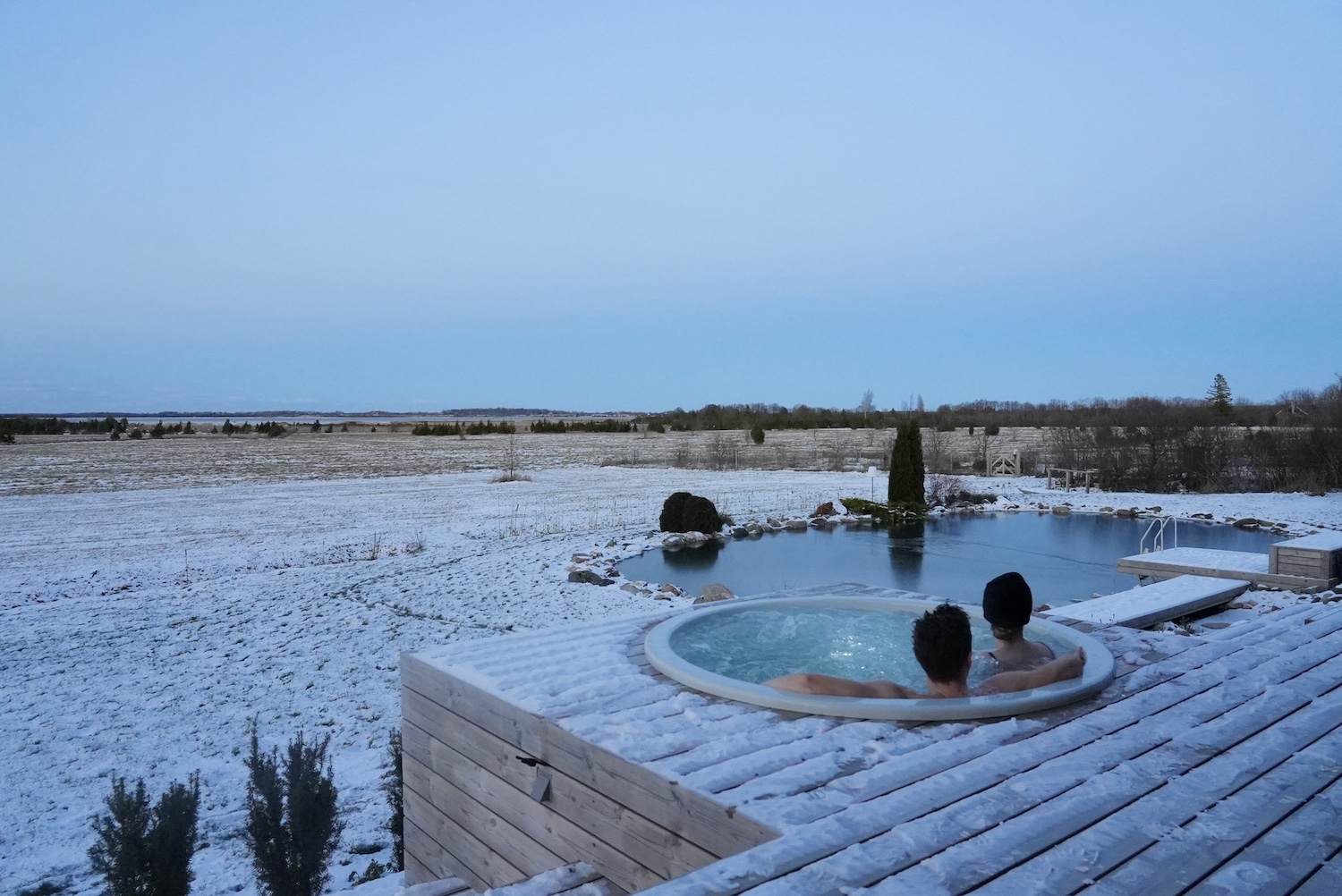 Even during the late autumn and early winter you can jump into the hot tub that is built into the terrace. The tub is full and usable until the end of the year, after which the temperatures go too low to keep it running. The tub will be available again in the spring. But until then the prices will also be a bit lower because of the fact that you can't use the hot tub. 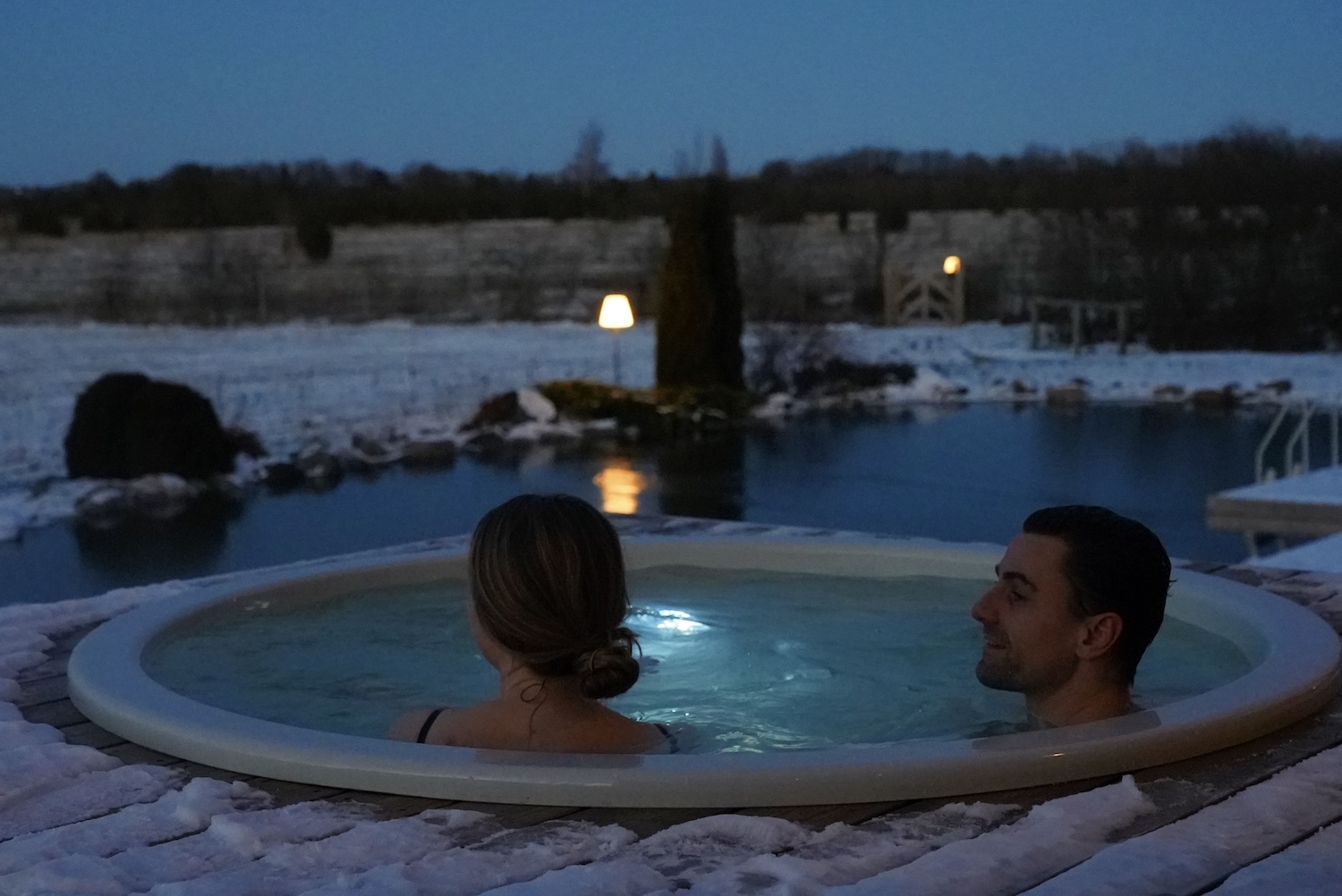 Villa Mere can accommodate up to 12 people. On the first floor you will find three bedrooms and each of them fits two people. Additionally there are two stairs on the each side of the house, that lead to open spaces under the roof. 6 more people can stay there. There are also two toilets on each side of the villa. 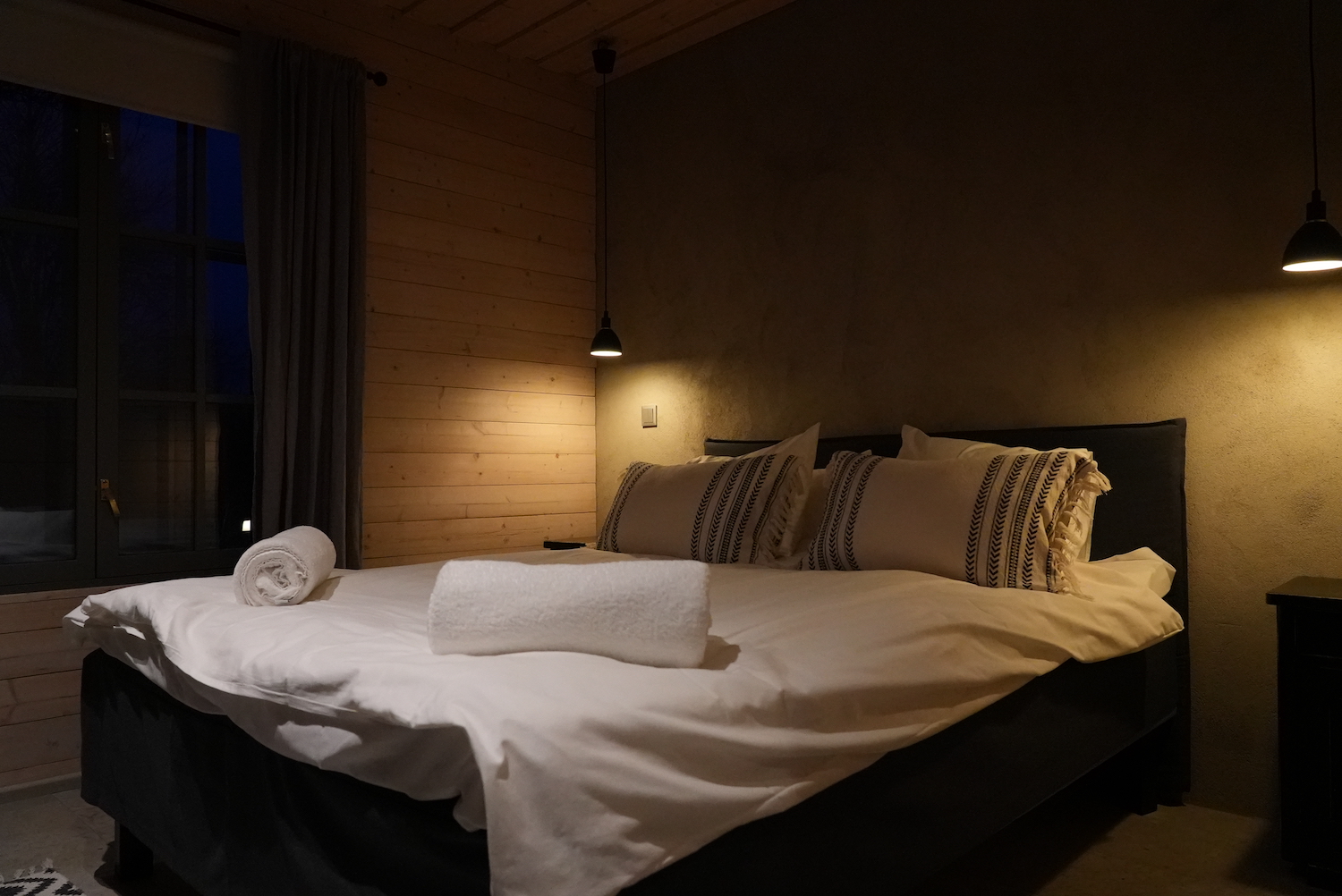 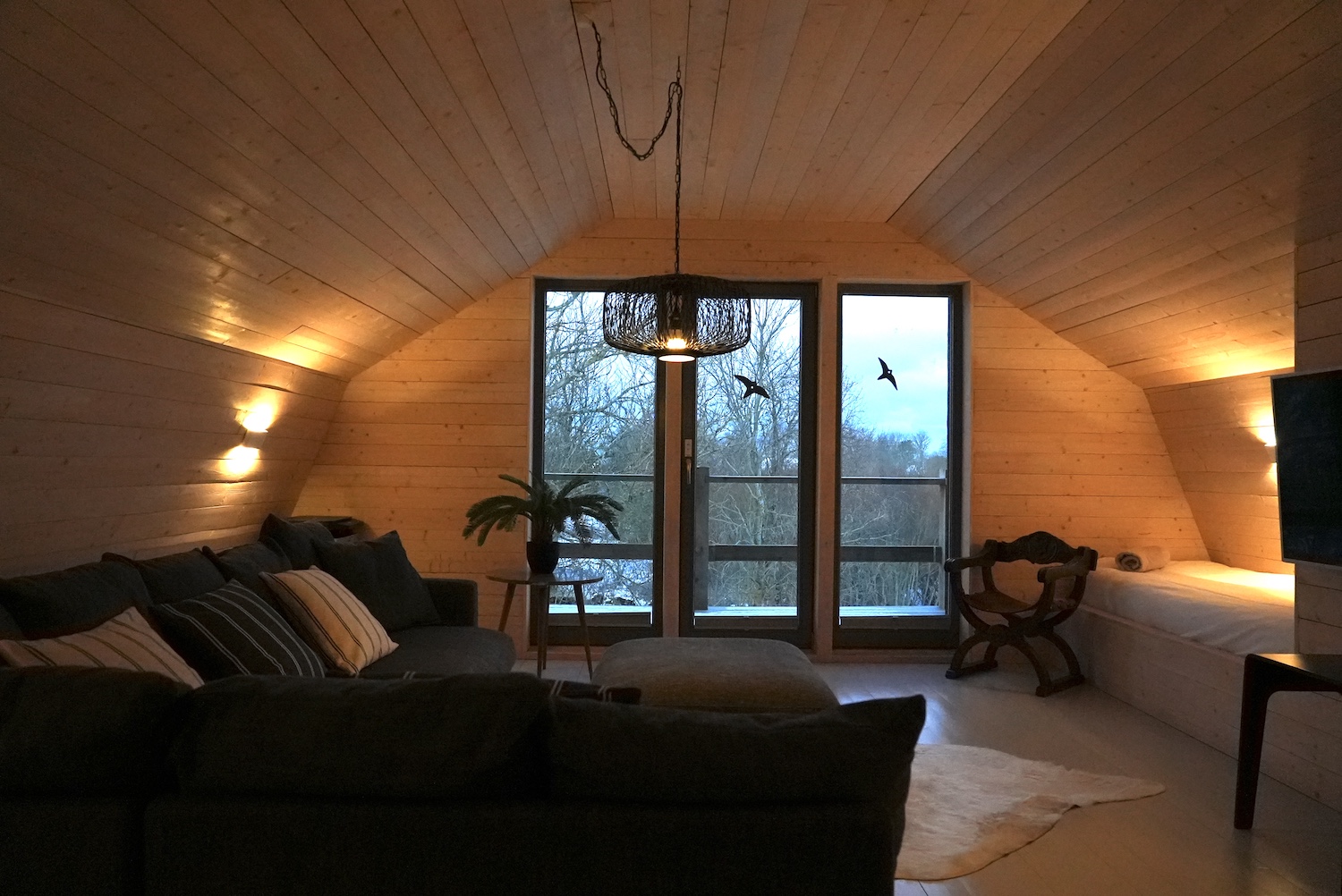 The gorgeous Christmas tree and the cozy chimney next to it made us really get into the holiday mood, so we decided to make some gingerbread. As usual, we always forget something. This time it was the dough roller, so we had to improvise with a bottle of cider. 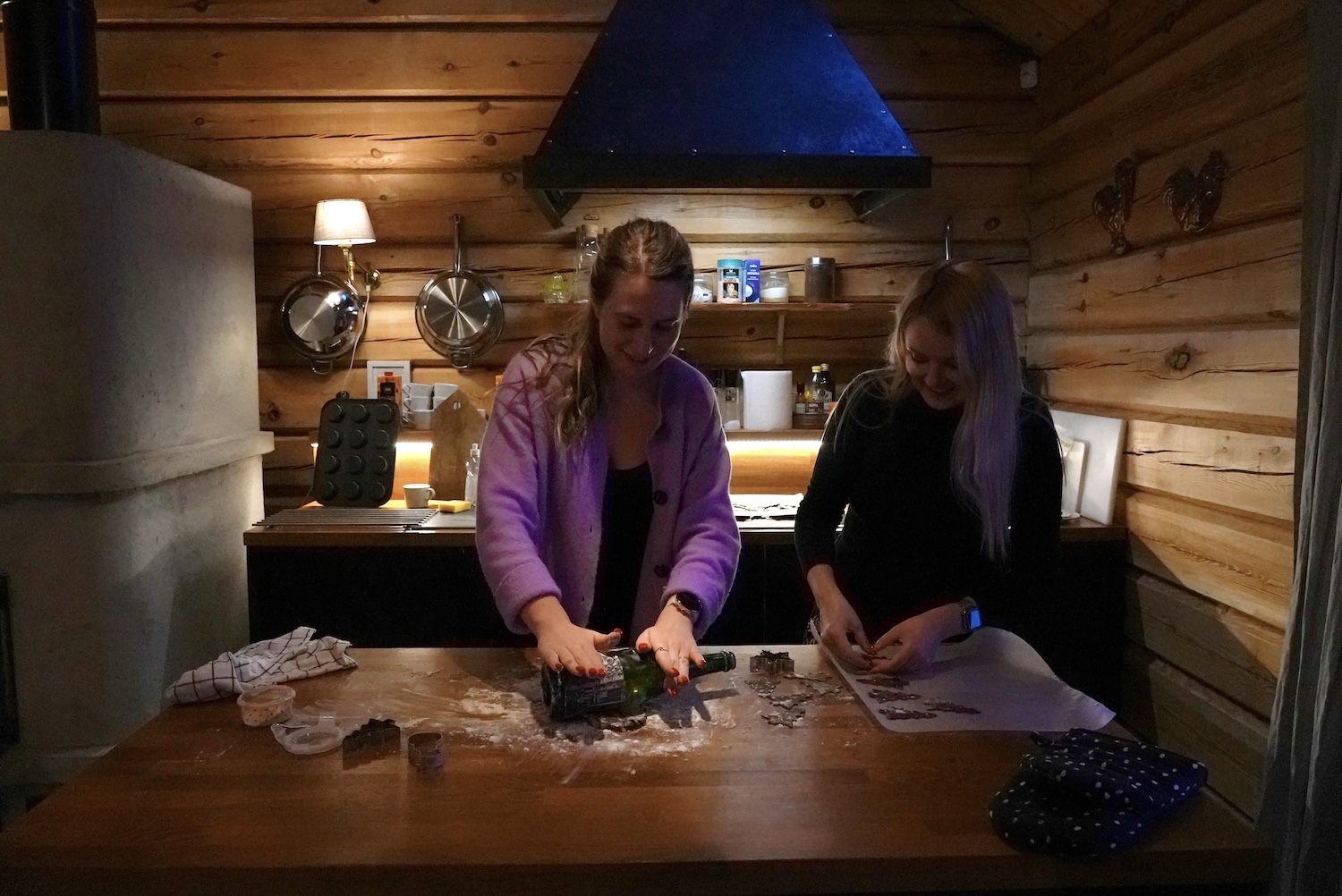 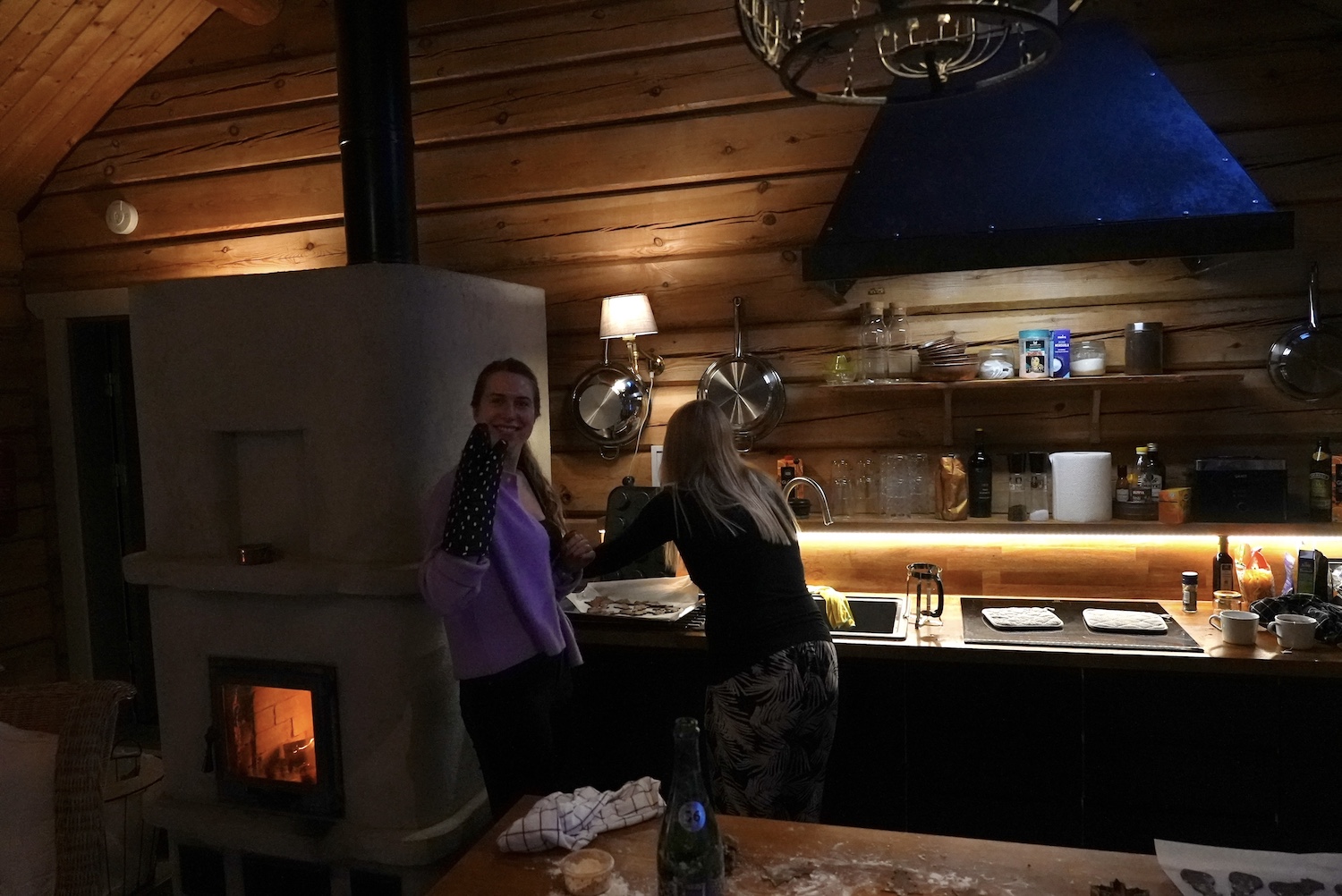 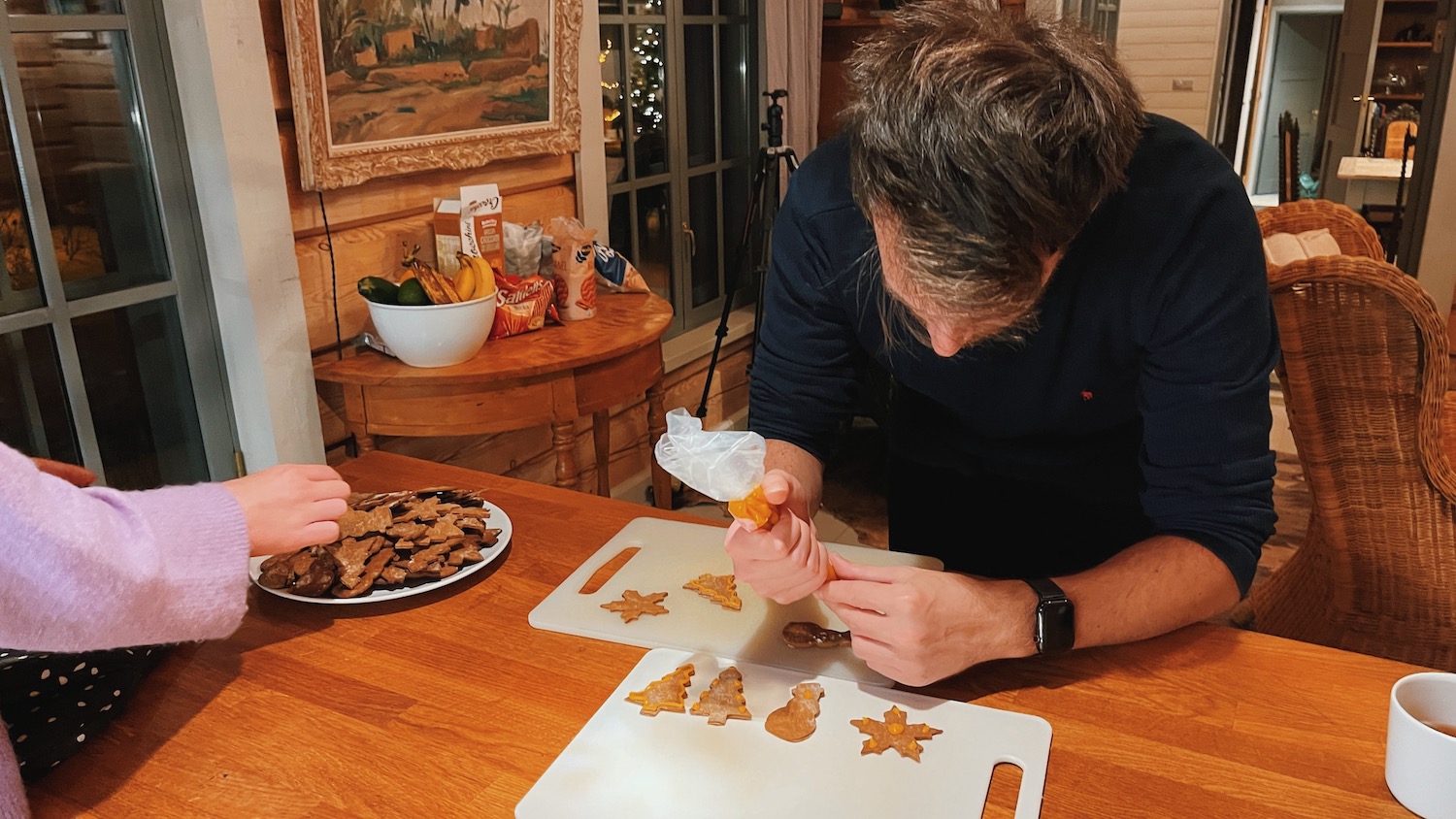 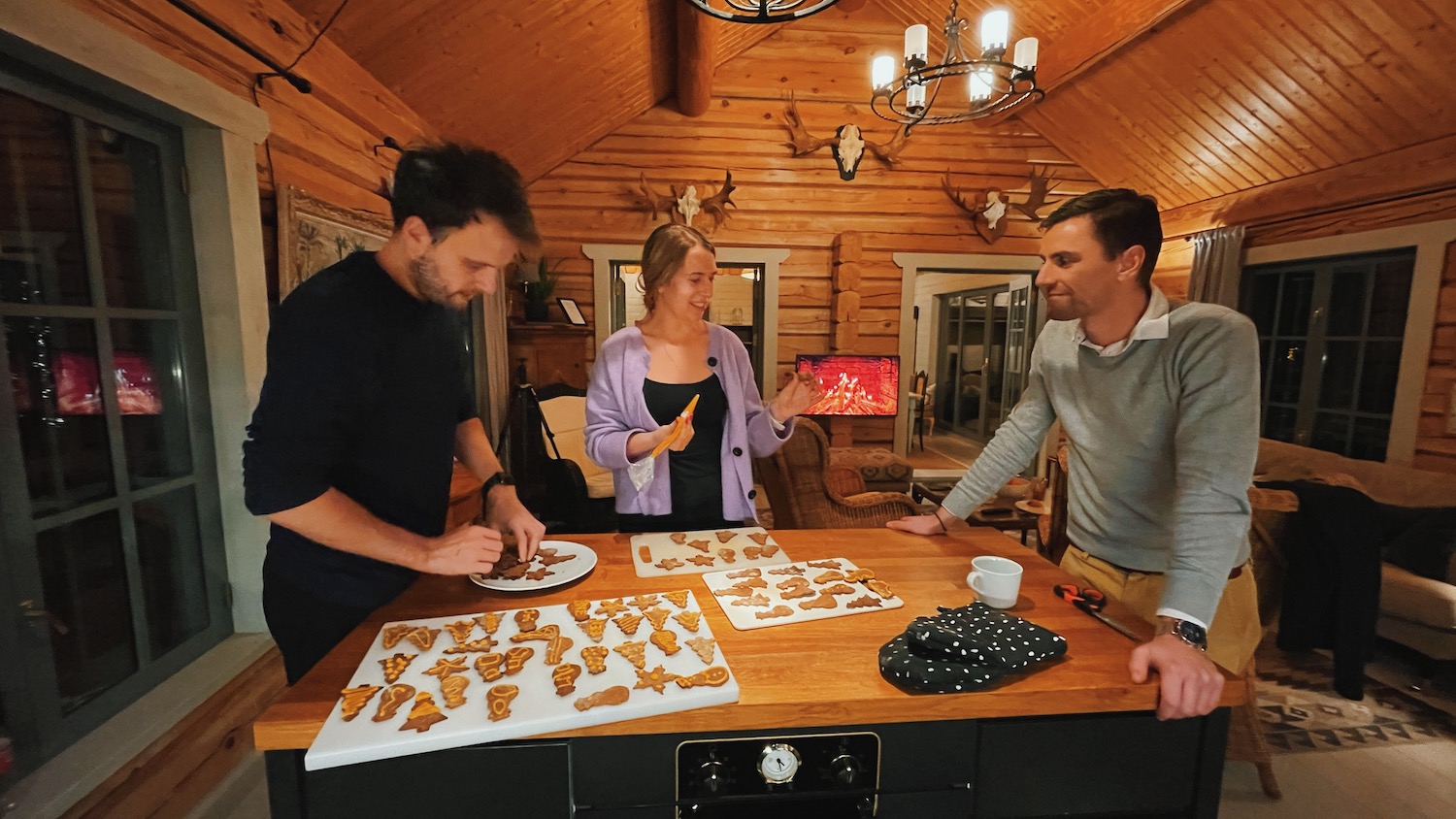 On our last day we planned to visit the Salumäe Saluvere hiking trail, but what else could be as iconic to Estonian winter as a car that doesn't want to start anymore. One hour of trying different solutions we finally managed to get it going, but we did not want to risk it anymore and had to drive straight back to home. But hey, maybe next time! :) 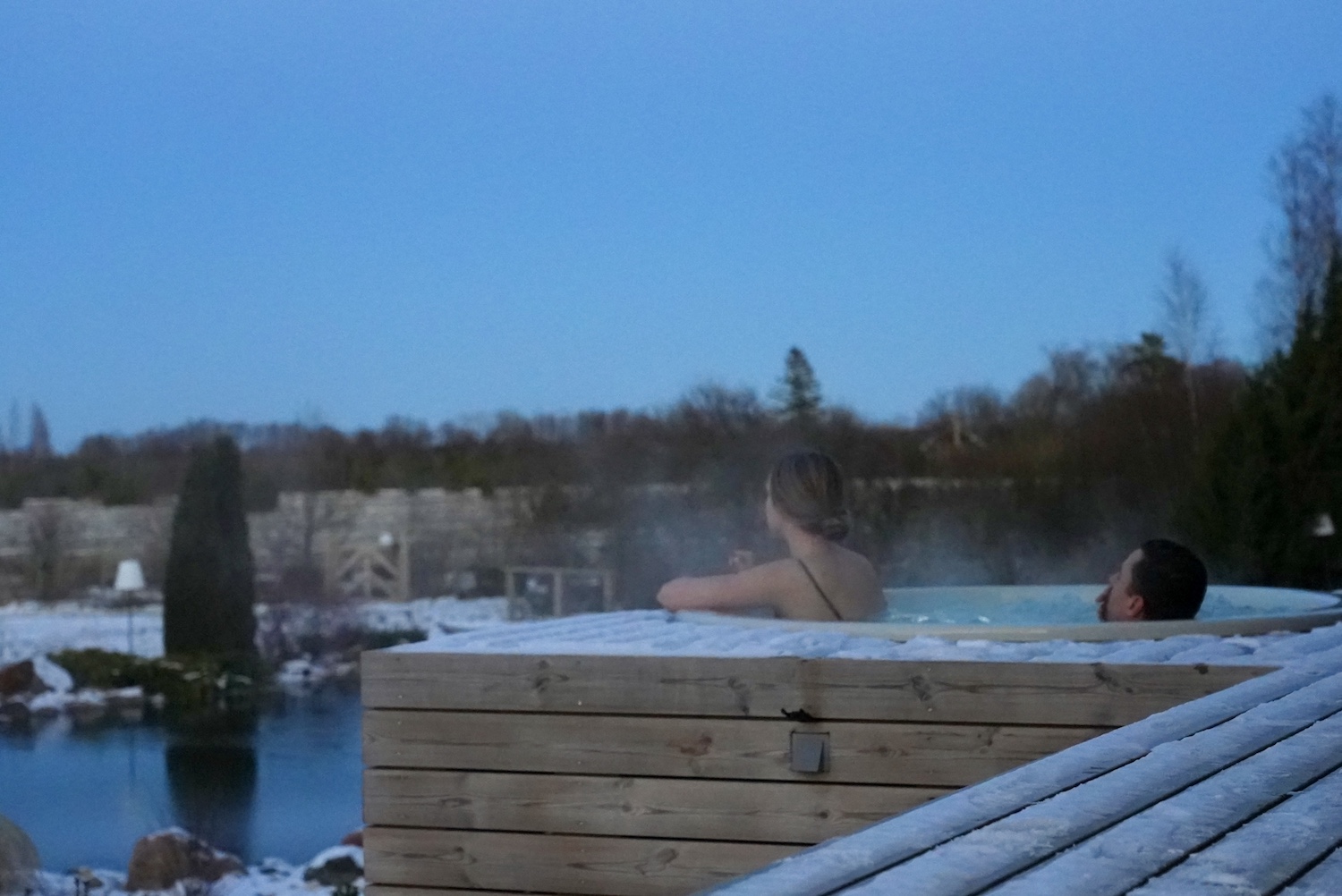 Villa Mere in Matsalu is definitely a holiday home that is weather proof - beautiful and awesome at every season. And surely a place we hope to return to soon. It's the perfect place to celebrate holidays with family and friends at.

And when you are starting to make plans for the summer in Estonia, read about our stay in Villa Mere in the summer!

See more of our travels in our Instagram!
Safe travels!
Liis and Ben